Even more than a decade after its release, Minecraft continues to be popular and receives regular updates. A healthy modding community (if we conveniently ignore debates about Forge versus Fabric) produces a steady stream of huge modpacks that use Minecraft merely as a game engine to build their own experiences on top. But sometimes, all you want is to play good old Vanilla Minecraft, go farm some diamonds and be happy if you manage to build a house that looks better than a dirt block.

From the perspective of a server admin, things have changed in the last years, though much of the improvements that have been made have never reached a large number of servers. I want to give a concise overview of what the best options (in my view) for various aspects of running a server in 2021 are. 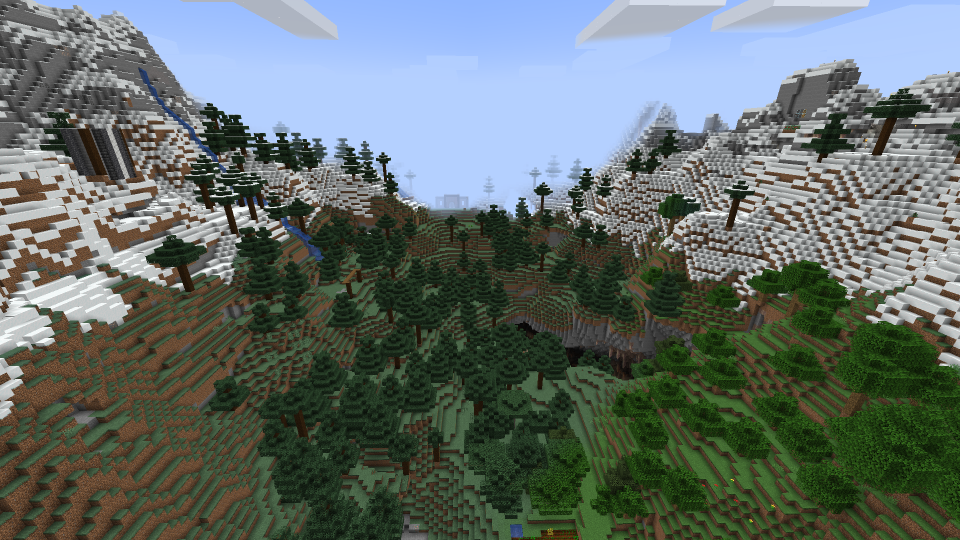 No hardware, no server. Realistically speaking, you’ll want to have something with the at very least 1GB of RAM. Even that will not be a very pleasant experience if you have more than 2-3 players. At 4GB+ we’re starting to get into the reasonable territory, with about 8GB being a good choice for up to about 20 players and a modest set of plugins. More than that doesn’t hurt, of course. In terms of CPU power, single threaded performance matters more than additional cores, but as a rule of thumb: anything that can run Minecraft decently as a client can also run it as a server.

Just use some flavor of Linux. Ubuntu Server Edition or Debian are solid choices. I would not recommend using graphical desktop environments (unnecessary loss of performance) or Windows / MacOS - these really aren’t meant to be server operating systems, and their server variants are on life support at best.

Originally, you would be using the offically provided server binary from Mojang, but these days are long gone. Spigot with their extensive plugin support was a great choice for a long time, but by now most new setups have moved on to Paper, a fork with better performance and plugin compatibility. There are numerous other forks, in fact there are so many of them that someone created a Forkception image listing only a select few of them to show how messy the landscape is. Really the only other significant fork/project I’d consider apart from Paper is Purpur which has a million config tweaks (including some that make every mob rideable…) - but given that I personally don’t need those, I stick with Paper. Most forks either have a tiny community, include patches that break plugins / expected behavior or have a questionable code quality.

In principle, just running a Paper server without anything is already enough, and some will be happy with such a setup. But most server populations demand some amount of plugins, for example because they don’t want to require everyone to sleep to skip the night, or because they want permissions to /tp but you’d (rightfully) prefer not to give everyone OP rights. Personally, I like to roll with these four plugins:

Just Paper on a reasonably fast server should already provide a good experience for your players. But there are lots of improvements you can make to enhance performance. There’s an excellent extensive guide on optimization by YouHaveTrouble. To save you some reading, here are the 3 most important things to change:

See, it’s kind of a mistake to put this at the very bottom. Backups are important. When your server crashes and the world save is corrupted, your players won’t like hearing that the life-sized recreation of Atlantis that they’ve been working on for weeks is irrevocably lost. There is a myriad of options for backing up stuff, from simple Bash scripts that make a .zip file to enterprise-grade redundant systems. I personally really like borgmatic, which is a friendly interface to borgbackup. Throw their systemd unit file in the right folder, set the timer to once per day when everyone is sleeping, and you’re good to go.

I’ll be back with another blog post once I got those set up the way I like it.